Connect before its too late 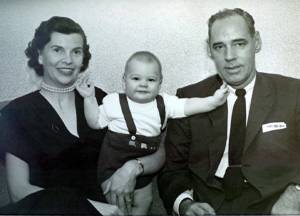 On October 4, 2018 my grandmother died. Sad…yes but she was 96 years young. She was my dad’s step mother. When she married my dad’s father she inherited 3 grown children. Then she had 3 children of her own. When her youngest was just 3 years old, her husband died. This left her a single mom of three in the 1960s. She worked as a buyer for Carson Pirie Scott and rose to the level of senior vice president when women executives were not common.
She was born in 1922 at a time when women just two years prior were finally gained the right to vote. History shows us that women did not get out in equal numbers until the 1980s. But that did not stop my grandmother. She was always at the forefront of the women’s movement even if it wasn’t being called that at the time. She would enter different organizations with the mind set that women were welcome, were to be leaders, and that men will learn how to make it so. She was unapologetically direct. Often, she would be so direct that feelings were hurt but her intentions were always to help you become the best you possible.

Sitting in her service I was struck by how many people she touched. She was still active in her community and was still working (selling real estate). The only reason she stopped was that cancer decided to grab hold of her and take her fast (within a few weeks). Even with the diagnosis she wrote out 8 pages of instructions just in case the chemo didn’t work and she would actually die. The other thing that struck me was that regret. I regret knowing these things about her before she passed away. I knew she was a force to be reckoned with, but I did not know how much. I wish I had a chance to really get to know her.
So I urge to take the time to get to know those around you. You may be surprised by what you learn about their history. Don’t let it slide until it is too late.