I Found My Brother! 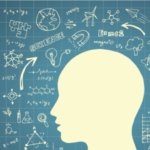 There are many things that sparked my interest since I was able to read. So much so that I read the entire Encyclopedia Britannica by 4th grade. I started working on a book about the history of violins and those who made them by 5th grade. I started writing it for a couple of reasons. My Uncle Gene was a librarian at Brother Rice where he was known as Brother Jarvis. I fell in love with my grandfather’s violin which sat on the fireplace mantel at my aunt and uncle’s house. It was so beautiful that I needed to know more about it and Uncle Gene taught me how to research so I could. I started researching everything and narrowed it down to 3 main topics. They were Astrology, the Civil War and Genealogy. Astrology helped me learn more about myself, but I had to do it on the sly because my mom said it was against our religion. So, I focused on the Civil War, going through list after list of soldiers who fought in the Civil war. I poured through pictures hoping to find someone that looked like me. I knew I had relatives that fought in the war and I had an overwhelming need to find them. The problem was that I was adopted, so I had no idea who I was even looking for. After hiring a private investigator, I found out my birth mother’s name. Years later I joined Ancestry.com, armed with the info I needed to start researching my blood relatives. I happily found that my forefathers did fight in the Civil War and even further back to the Revolutionary War and all the wars since.
Then came the advent of DNA testing. I wanted proof of who I was related to, as to connect it to all the research I’d been collecting for so many years. I thought I knew what my father’s name might be, seeing as I found some letters from him while helping my birth mother clean her house. She lied about it, completely denied it, and told me my dad was from Ireland. I wasn’t buying it, but I couldn’t make her tell me anything. I figured I would never be able to have any definitive proof. I kept checking Ancestry for matches, then finally writing to my cousin Patricia who told me I was probably a Mangold. So, I started looking through the Mangolds and upon opening up the profile of a man named Richard Mangold, I saw myself. I looked at the name and connected it with the letters that I found 19 years earlier that were signed by a man that went by the name Dick Mangold. Holy shit…
Long story short, I found my brother, who was also adopted. My dad and his mom adopted him. How crazy is that!? I ended up flying down to meet him and his family that May. They are everything you could want in a family and more. Since then, my brother has stayed with us here in Chicago when he was on business. And this weekend, I’ll be meeting my first cousin, and the weekend after that I’ll be meeting even more of my family! All this happened because a wonderful man, my Uncle Gene who taught me the power of research.
Namaste
Rita