Listen to Your Gut, Your Gut Don’t Lie 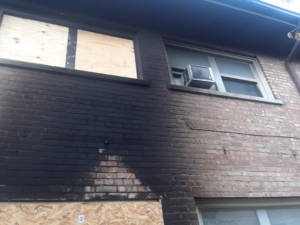 When my daughters were little and were feeling skeptical about whatever was going on at the moment, I’d tell them to listen to their gut, cause their gut don’t lie. My mom said it to me, and Grandma McDonough would say it to the both of us. I’m a believer. When I was a teenager I had a bad feeling about going out one night. My mom called me soon after, asking me to cancel my plans because she had a “gut feeling.”. The best part is, as I was leaving my bedroom, my Grandma McDonough’s bible, that was left to me after she died, jumped off the bookshelf, hit me in the head, and landed on an ominous bible passage. I still didn’t listen to my gut. I wanted to go out with my friends. I ended up going out and a girl who normally never asked for a ride asked if I could drive her home that night. I was in construction at the time and my dad gave me a good hard hat from his company. I threw it in the passenger side every day after work. We got in the car and were hit head on 3 blocks from where we started. The fan came shooting through the passenger side, and got embedded deep within my hard hat, only giving the passenger a nasty cut. I went through the windshield face first. The point being, I ignored my gut. I learned to listen after that incident.
I recently moved, having the time to move out at my leisure. My gut was nagging at me, sometimes it was overwhelming. My son was still there with my cats, my hope chest that Grandma left me, my collection of tin types, Victorian photo albums, and my favorite Civil War books. For some reason, I became really worried about my kitty Brownie. I couldn’t stop thinking about her, so I brought her and Baby Kitty home with me that night. I told my boyfriend he had to leave the apartment and take his cat with him. I insisted that he did that immediately and to go back to his own house. I told everyone to stick around for Saturday to help me move. The guys wanted to just wait until Sunday and I said no way. My boyfriend brought a big truck with skids, paid one of my neighbors to help, and between the 4 of us, we moved all the stuff into the truck in a little over an hour. I turned in my key and felt relieved. Midnight comes rolling around and the lady in the downstairs apartment falls asleep with a lit cigarette in her mouth. The whole place was filled with thick black smoke, so thick you couldn’t see a foot in front of you. My neighbor that lived below us panicked and ran outside with her kids. She didn’t have her phone and didn’t alert the rest of the families. Luckily another neighbor saw what was happening and had his friend lay on the horn in front of the building until my old neighbor finally woke up and looked out the window. The guy had to jump down from the second story window to save himself. And here we all were, safe and sound. I listened to my gut and once again my gut didn’t lie.
~namaste~
Rita