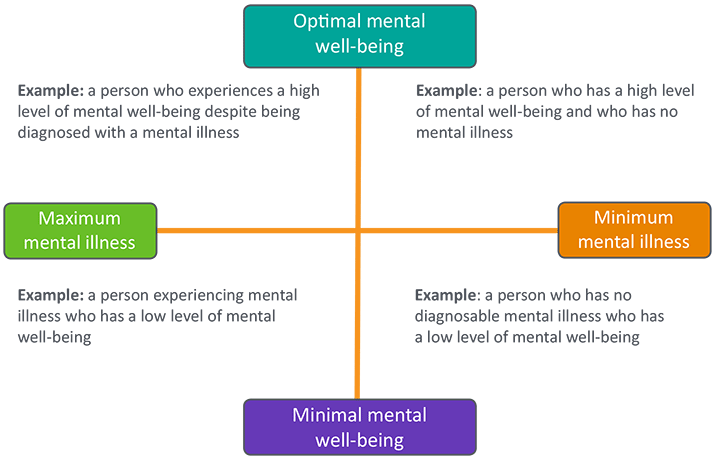 This matrix, as seen below, demonstrates just how complex the issues around mental health and mental illness are. Too often it is seen as an all or nothing static situation. In reality it is rather fluid and can be influenced by numerous factors. So, when I hear statements that further stigmatize mental health and mental illness it is upsetting. Often these statements make matters worse. They create a climate in which people become fearful of getting help. No wants to be labeled crazy or mental. So next time you catch commenting on someone else’s mental status, think about this matrix and just how complex the issues are.
Until next time….
Change. Discover. Transform.
Carla Carter, Ed.D., LCPC, CMPC, EMDR Certified