Strangers are just friends you haven’t met yet! 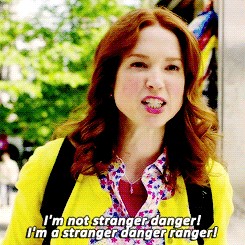 When I was still playing football, my main position was defensive rush. Rush is based on instinct. It is raw, impulsive, reactionary and violent. My job was to do whatever was necessary to take out our contender’s center, leaving her quarterback open for tackle.

There are two types of centers

1) Big and mean
They protect their quarterback as if their life depends upon it. They rarely move, flinch, speak or smile. There is no reading them.

2) Bitchy and underhanded
These girls aren’t just mean, they’re sneaky too. Some of their moves include the pinch and twist to the soft skin below your armpit, using their nails to tear through the flesh of your throat slowly and deeply while the refs are otherwise engaged, and calling you names, under their breath, that cannot be repeated here.

In my eighth season, I met that one girl who was much bigger and meaner than any other player before her. The first time we played against each other was painful. She didn’t move. She was a rock and I was her ragdoll. Her smile was a sneer. The second time, it had been raining all night into the morning, so no one could run without slipping. It was just us pushing against each other just to remain standing. Turned out, she had a dry, witty sense of humor, with a dash of sarcasm when you’d least expect it. Seeing as no true football was going to happen that day, we made the best of it. 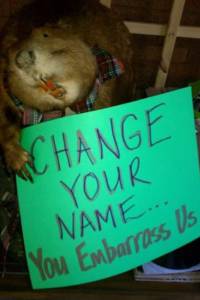 Dedicated to our sister team “The Angry Beavers”

The amount of mud on the field was outrageous. Our feet kept sliding so far back that our shirts were actually muddy. It was the kind of mud that reacted like a puddle, splashing into our mouths and eyes, dripping down our hair. One girl referred to it as, “feeling like God was drooling on us.” Comraderies were formed that day. We were united through mud! I can’t speak for the rest of our teammates, but the two of us ended up looking forward to playing against each other, and catching up between plays. I never played dirty against her again. She was no longer an opponent, but a friend.
Namaste~
Rita