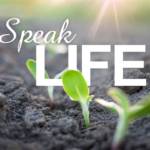 I have struggled with weight for my entire life. Okay, maybe not as a baby but really, I cannot remember a time when my weight did not seem to be an issue. Part of the problem was that I was extremely tall for my age and when people described me, they incorrectly used words like big. They would say that I was the big girl who lived…What was really meant was that I was tall girl that lived…Even when my weight was in line with my height and age, the descriptors left me feeling that I was less than.
As the years went on, my weight started to pile on. The word big continued to be used and now fat was being added. My self-esteem did not do so well. I would hear these comments and think…” I’ll show you who is big and fat!” And then I would shove another piece of candy or cake in my mouth. Crazy, I know.
I was always aware of my size. I would never sit on a boyfriend’s lap for fear of hurting him. I would not go shopping with girlfriends for fear of being embarrassed because I had to shop in the plus size section. I tended to stay home and not attend social events because I always thought I was the big, fat, and now I added ugly, one.
Sadly, no one ever said anything to the contrary. So, if everyone was saying these things then there must be some truth to them. If my loved ones never tried to say anything different then it was just further proof that these descriptors were true. Or so I thought.
Well, years later, I am left with the scars of this nonsense. I know that these words do not define me, but I have spent the better part of my life trying to overcome them. I have to say that I have succeeded in doing so with only occasional temporary setbacks. I slip but I don’t fall.
Growing up, the nursery rhyme “Sticks and stones may break my bones, but words will never hurt me” was thrown out as advice to live by. But the reality is the words do hurt. They cut into your soul deeply. So, please choose your words wisely. Offer praise four to five times more than criticism. One harsh word does more damage than you know, and it takes at least 10 positive words to even begin undoing the damage.
So I challenge you to speak life those around you.
Change. Discover. Transform.
Until next time…
Carla Carter, Ed.D., LCPC, CMPC